Smartblend is an application for seamless image blending by Michael Norel. He can be reached at minorlogic{at}yahoo{dot}com

The main goal of smartblend is panoramic image blending, though it can be used for other applications, such as creation of seamless textures, montage of photos or collage. Smartblend allows stitching of many problematic shots (parallaxed, with moving objects or with differing exposure).

For example see the parallax picture below (from http://www.htu.at/~sascha/ptguide/01.htm described as "impossible to stitch" )

Just put one picture into another and note the great difference. 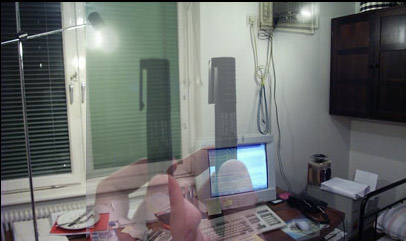 Picture below is blended by smartblend. 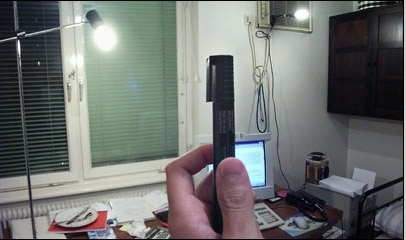 If you don't know what is a "command line application" it can not be useful for you. But you still can use a frontend for smartblend:

It finds the visual error on overlap region and searches for a seam line with minimal visual error. Than it blends pictures using an algorithm similar to a multiresolution spline.

To study algorithms and options use “–SeamVerbose” and “-PyramidVerbose” commands.

There is a good tutorial, but it's available only in Russian. Anyone to translate it?

Welcome to anyone who wants to improve this smartblend, write a tutorial and other.